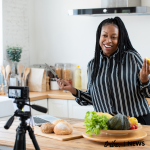 Banking While Black: Is Racism Costing You Money?

“It is just so perplexing the level of rudeness and bias that is occurring against people for simply wanting to get their projects funded,” said Hossein, whose research includes financial exclusion.

“It’s kind of an interrogation of questions that really does make them feel badly or feel that the kinds of business they are doing are not worthy of financing.”

A 2010 geographic analysis of banks in Winnipeg, Toronto and Vancouver revealed that although commercial banks are abundant in affluent neighbourhoods, they’re much scarcer and sometimes absent in low-income neighbourhoods with high concentrations of racially diverse residents.

In 2015, when asked how the City of Toronto can support Black-owned businesses, around half of Black respondents identified “accessing financing” as the top issue.

“They didn’t want to assist me because they assumed that I had a fraudulent cheque, which was far from the truth.”

Racism A Global Issue In The Financial Sector

A Detroit man who just settled a racial discrimination lawsuit is heading back to court, after the bank where he tried to cash his settlement cheques called police on suspicion of fraud.

Sauntore Thomas, a Black veteran of the U.S. Air Force, says he was trying to put the first lawsuit behind him when he walked into TCF Bank in Livonia, Mich., to cash three large cheques. The cheques were worth a total of US$99,000, the bank later told several news outlets.

However, the bank teller refused to cash the cheques and police were ultimately called to question Thomas about potential fraud. Thomas has now files another lawsuit accusing the branch of racial discrimination against him for “banking while black,” according to the lawsuit.

Thomas received the cheques as part of a confidential agreement with his former employer, the Enterprise car-rental company, the Detroit Free Press reports. The payout was part of a settlement over racial discrimination in the workplace. Thomas says he ultimately took the cheques to another bank, where all of the money cleared and he was able to successfully open a new account.

“Those cheques couldn’t have been more solid,” Thomas’ lawyer told AP in a separate interview.

“It’s a ridiculous joke that some nationwide company is going to be handing out fraudulent cheques to me, that I’m going them pass on to my client. So obviously, they didn’t believe my client. It’s obvious.”

Marketers Underpaying Black Influencers While Supporting Black Lives Matter. Are We Shocked? No.