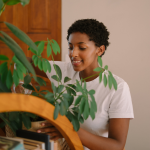 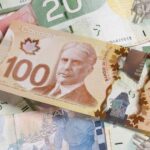 Marketers Underpaying Black Influencers While Supporting Black Lives Matter. Are We Shocked? No.

Sometimes they’re even paid less compared to white creators that mimic their content, the report found.

White people who are popular on social media tend to make more money than Black stars, according to Bloomberg’s BusinessWeek.  The same is true for when Black influencers have more followers or are doing creative work that’s later appropriated by white people, the report found, citing interviews with dozens of influencers. Sometimes they’re not paid but instead given products from brands.

In one example Bloomberg reported, 22-year-old Sydnee McRae, who is Black, has more than 1 million followers on TikTok, most of whom took interest in her account after she made a “viral” dance video that choreographed a dance to “Captain Hook” by Megan Thee Stallion.

It led to a $700 deal with the Universal Music Group to promote rapper Lil Tecca’s “Out of Love.” A white influencer, Addison Rae Easterling, was paid thousands by Lil Tecca just to emulate it. Easterling has more followers than Ms.Rae, totalling more than 78 million, but white influencers with smaller followings typically make $5,000 for dances. McRae is still getting $500.

The disparity goes against the meritocratic promises of the social media platforms, where supposedly anyone can get famous, and disadvantages Black creators in a market worth $10 billion each year, the report said. Their accounts are also heavily monitored, with Knox losing a Target gig for using the N-word in a recent video. Other white influencers like Felix Kjellberg appeared to get away with worse, including anti-Semitic jokes, filming dead bodies, and throwing un-masked parties during the coronavirus pandemic.

In June 2020, Instagram’s product chief said the company was taking a harder look at whether its algorithms held a bias against Black people. About two years prior, an Instagram employee who worked with the influencer partnerships team, resigned over concerns about the disenfranchisement of Black people on the platform.

But creators are sceptical about whether the brands are actually changing their ways, Bloomberg reported.

You Don’t Have a Side-Hustle Yet?! We Have 3 Ideas To Get You Started

Banking While Black: Is Racism Costing You Money?