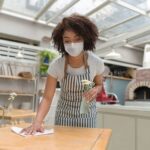 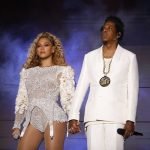 What Shonda Rhimes’ Netflix Deal Teaches You About Knowing Your Worth

“Grey’s Anatomy.” “Scandal.” “Private Practice.” “How To Get Away With Murder.” “Station 19.” All have been huge hits for ABC and its parent company, Disney. Shonda Rhimes either created (Grey’s, Scandal, Private Practice) or executive produced (HTGAWM, Station 19) all ofthese shows. She made multi-billions for ABC and Disney. She was the queen of network TV. She should have been writing her own ticket. We all assumed she was, but the truth is that Shonda wanted out of the Disney machine and she wanted out fast.

In early 2017, her agents were negotiating a new multi-year deal with ABC/Disney. The head of the television group was stalling the process. It turns out they were determined to lowball their most valuable creator. Rhimes was getting sick of it. She was sick of fighting, or not being respected, of having to fight so hard for her creative vision. She had a breaking point and she wasn’t quite sure where it was. It turns out, her breaking point was Disneyland.

As part of her deal with ABC, she had an all-inclusive pass to Disneyland. Since she is not in a romantic relationship, she also negotiated a second pass for her nanny. One day in 2017,  her teenage daughter, nanny, two younger kids, and her sister were planning to spend the day at Disneyland. Her kids and nanny were covered under Shonda and the nanny’s passes. Her sister, however, didn’t have one and couldn’t use Shonda’s because the annual passes are not transferrable. She just wanted a pass for her sister, who was taking Harper, Shonda’s teen to the amusement park while the nanny would chaperone her two younger kids. Shonda didn’t have time to go to Disneyland.

She went back and forth with ABC/Disney execs. She was told that the company never issues extra passes. But finally, she was given an extra pass. When her daughters, sister, and nanny arrived at Disneyland, only one of the passes worked. Shonda placed a call to a high-ranking executive at ABC/Disney. He treated her dismissively and reportedly said “Don’t you have enough?

Rhimes was livid. She hung up and called her attorney and told him to get her a deal at Netflix, or she’d fire him and get new representation. The rest is history. She signed a four-year, $100,000,000 deal with Netflix and left ABC after 15 years. She had been in some casual talks with Netflix for at least a year. It was the cheapness of ABC/Disney and that fake Disneyland pass that broke that relationship forever.

It’s been over three years since that fateful day at Disneyland. Since that time, Rhimes has released two projects for Netflix. The first was a passion project about the legendary dancer, choreographer, philanthropist, and icon Debbie Allen. The second…well, that was just a small period drama, called “Bridgerton”…which had a viewership of 82 million people in its first season. The lesson here? Know your worth—and give your creators the damn day passes!

7 Money Making Ideas To Get You Paid In The Pandemic

How Jay-Z And Beyoncé Took Over The Game