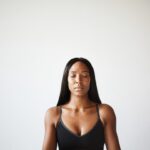 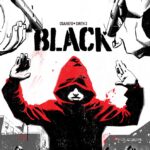 Over the last decade, Kerry Washington has taken the entertainment world by storm, with Emmy Award-winning roles, such as the unforgettable Olivia Pope (Scandal) to the heart-wrenching Mia Warren (Little Fires Everywhere).

Kerry is obviously a talented actress— in 2016, she topped the Forbes’ lists of highest-paid TV actresses. But don’t sleep on her skills as a businesswoman and entrepreneur. In the mold of her Scandal character Olivia Pope, Kerry has used a number of well-thought moves to triple her net worth from $16 to $50 million from 2016 to 2020 (yes, tripled!) The actress that started out in Hollywood with small roles in movies like ‘Save The Last Dance’ and ‘The Human Stain’, is now one of Hollywood’s most power-movers. Let’s take a look at how she did it.

“I always felt like my value was much more in my intellect than it was in my appearance.” Kerry Washington

1. SHE PROPERLY VALUED HER TALENT

While playing Olivia Pope, the actress earned a salary of $250,000 per episode, which adds up to around $4.5 million per season, depending on the number of episodes. Since the show ran for a solid seven seasons, that brings the total figure up to a pretty big portion of her total net worth.

2. SHE LEVERAGED HER BRAND

After the success of Scandal, Washington aligned herself with industry leading  companies like Apple, Neutrogena and Mavado from 2016 to 2018. According to Celebrity Net Worth, she raked in a total of $36 million through those business relationships. Daaaaamn Ms. Pope

3. SHE BECAME A BOSS BEHIND THE SCENES

Washington launched her production company, Simpson Street, to support her directorial work on shows like SMILF and Insecure.

4. SHE LEARNED FROM EXPERIENCE

Washington took roles both in front and behind the camera, by starring in and executive produced Hulu’s Little Fires Everywhere, where she earned four times more per episode than she made on Scandal. That’s right. According to Business Insider, the Emmy Award winner earned $1.1 million per episode. With the show’s eight episode run, that brings her total up to roughly $8 million for a single season. Whew.

Learn how to grow your brand, business, and bank account through personal financial training and at coaching.tribecanada.com

Warner Bros. Acquires ‘Black’ Comic Series Based On Universe Where Only Black People Have Superpowers