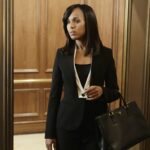 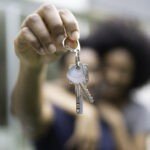 Warner Bros. Acquires ‘Black’ Comic Series Based On Universe Where Only Black People Have Superpowers

The Next ‘Black Panther’?

Warner Bros. has acquired “Black”, a series which portrays what life would be like if only Black people had those special powers. According to Because of Them We Can, creators Kwanza Osajyefo, and Tim Smith III originally came up with the concept more than a decade ago, gaining visibility after a Kickstarter campaign raised over $90,000.

An adaptation of the “Black Mask” comic series, “Black” has released an entire universe of books and comics that feature original artists and writers like Jennifer Johnson, Liana Kangas, Jamal Igle, and Khary Randolph. DC’s Titans, Bryan Edward Hill wrote the script for “Black” which centers a young man who not only survives a horrific event but comes to the realization that he belongs to a larger group of gifted people as well. Those individuals partner to fight against a clandestine association who seeks to possess and control them – the main character then finds himself in the middle of a war for control of humankind.

Osajyefo hopes that this series will provide a more accurate representation of Black people in the media.

“Part of the inspiration for ‘Black’ came from my experiencing the lack of representation in comics publishing and how that directly relates to the scarceness of Black characters,” said Osajyefo.

“For most comics’ history, white outcasts have been used as allegories for marginalized groups while claiming to reflect the world outside our window, ” he continues. “‘Black’ strips away this veneer to juxtapose superpowers with race while allowing Black people to see ourselves authentically in media and inviting wider audiences into parts of our experience. We’re excited to bring this story to everyone through film and thankful to Studio 8 for believing in it.”

Stay tuned for the latest developments on ‘Black’ from TRIBE Canada

“Black’ strips away this veneer to juxtapose superpowers with race while allowing Black people to see ourselves authentically in media and inviting wider audiences into parts of our experience.” Kwanza Osajyefo

6 Things Every New Landlord Should Know