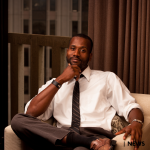 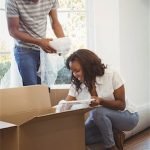 What Do Jay-Z, Kevin Hart, 50 Cent and John Legend Have In Common When Investing?

It’s All About The Startups.

News Flash! There is more to your favorite celebrity’s career than meets the eye. Whether they are making headlines with their latest album or starring in the next box office hit, celebs are making money moves behind the scenes and investing their money into startups that show promise. Here’s a list of startups that you may not have known were financially backed by Black celebs.

Rapper and investment guru, 50 Cent, invested in Casper — an e-commerce and retail sleep product company — during its early funding rounds, according to CNBC.  The company filed to go public in January, according to CNN, and was reportedly once valued at more than $1 billion.

According to Forbes, the organic online grocery was initially rejected by top venture capital firms but went on to raise $111 million in their 2016 series B funding round with investors like John Legend.

Kevin Hart invested in Tommy John, a men’s underwear company, in 2016, and has since become the face of the brand. But Hart would like to be seen as more of an equity partner than a celebrity endorser.

“There’s something so much more authentic about investing in the brands that you love – brands that you wear, instead of getting paid to. I love this underwear,” he said in a press release

Long gone are the days of one-dimensional careers and single-sourced incomes. These celebrities are securing the bag by making long-term money investments.

You’ve Been Taught That Success Is What You Know… Financial Experts Say That’s WRONG!

Be Prepared To Pay A Huge Deposit For GTHA Homes